With inconsolable grief, we suffer from the fact that 7 young Arakanese (Rakhine) people were dead and 12 other injured in the violent act of the security forces in Mrauk-U, Arakan (Rakhine) State during a public protest on the 16th January 2018. Similarly, the detention of Wai Hun Aung, a public figure and writer, and the charges against Dr. Aye Maung, a Rakhine national leader under the so-called State Treason Law and the Unlawful Associations Act, is provoking the outrage of Arakanese people. This may lead to a massive political movement and major protests.

Since last year, 2017, Bengali terrorism and civil war between Myanmar Army and Arakan Army (AA) have created political instability in Arakan State, and the Myanmar civilian government has come under intense international pressure. Now, in early 2018, the government is again faced with criticism from human rights watch groups- including the United Nations- for its egregious and deadly violence in Mrauk- U.

With ineffective means of conflict resolution, and the weak rule of law, it is not surprising that the government keeps arresting those involved in the protests. From the perspective of citizens, political people, and human rights advocates there is not adequate investigation of the dead and injured, due to the violence of the security forces.

In fact, the government ought to make clear and transparent efforts to investigate the truth and justice of the violent crackdown on the protest. It is proving difficult to find truth and justice, with regards to the Mrauk-U violence, due to the lack of an atmosphere where the violence can be investigated in more details, and protesters can describe the situation without fear - a more important point than just investigating security personnel. Thus, as political instability and massive public protest will be expected, peace-making efforts in Arakan State will be said to be all in vain.

The state government, therefore, is highly recommended to prioritise missions that can release political tension, and bring about truth and justice by reassessing the situation which, unfortunately, did happen in Arakan State, for the sake of restoring political stability, which now, suddenly, is greatly threatened. 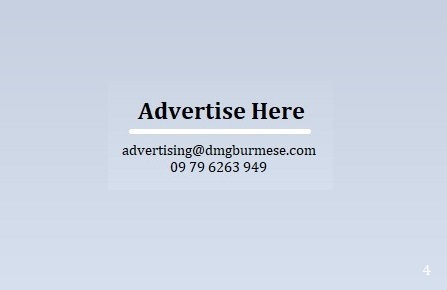